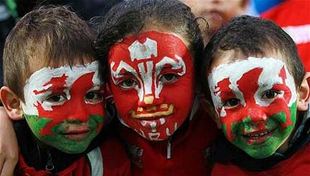 'Cymry Fu (the Welsh that were): The Many Faces of Wales'
Dr. Huw Williams. Lecturer in Philosophy. Coleg Cymraeg Cenedlaethol at Cardiff University
This paper attempts a historical introduction to the idea of Welshness, presenting some of the most notable figures in the nation’s history and elucidating how their feats, and their ideas, may be seen to reflect some of the numerous aspects of Welsh identity and Welsh nationalism. Beginning with our forefathers, the Ancient Britons, we follow the development of the Welsh as a nation in the struggle against invaders, their annexation as part of the English state, the expression of Welshness in the context of Britain and the British Empire, through to a burgeoning political identity in the 19th and 20th century.  On this whistle stop tour of Welsh history we meet heretics, revolutionaries and nation builders, before reflecting on how the different ideas of Welshness and the Welsh nation are evident in the ideas of some of the nation’s most prominent 20th century figures. 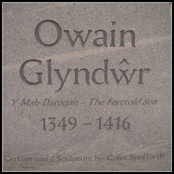 ‘Michael D. Jones and the Welsh Awakening’
Dr. Dafydd Tudur. National Library of Wales
Expressions of what may be interpreted as Welsh national identity can be found through the centuries, but it was during the second half of the nineteenth century that they became the basis for the political aspirations that defined modern Welsh nationalist movement. Indeed, the origins of modern Welsh nationalism can be traced to the work and thought of one man: a Protestant Nonconformist minister and tutor named Michael Daniel Jones (1822-98). Although better known for his role in the establishment of a Welsh settlement in Patagonia, Jones remained in Wales and called for ‘ymreolaeth’ (autonomy) for over thirty years. This paper examines and places in historical context the origin and development of Michael D. Jones’s nationalist discourse between 1848 and his withdrawal from public life in 1892. 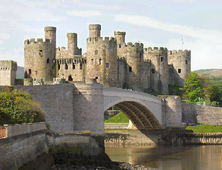 ‘Liberal political theory and the failure of Welsh culture in the 19th century’
Dr. Simon Brooks
The lack of development of Welsh nationalism is surprising, and is not properly explained. The fault lies with liberalism as an ideology, and in particular majoritarian liberalism masquerading as 'universalism': the Welsh defined themselves as 'liberal' following the Blue Books, and as a result became sucked into a British liberal discourse which promoted Britishness as universal and progressive, and Welshness as 'particular' and expendable. In a comparative European context, most small national movements defined themselves as opposed to the liberalism of the majority ethnic group, and this gave them more space to defend their own nations, languages and cultures; the Welsh aligned themselves with liberalism, and lost ground as a result. 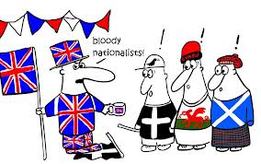 ‘Invisible Men: The Uses of Comparison in Welsh Nationalist Thought’
Professor Daniel Williams. Director of CREW (Centre for Research into the English Literature and Language of Wales. The Swansea University, Swansea
What nationalism means in a minority situation; is it really a form of anti-assimilationism? And will then look at the comparative examples that Welsh nationalists have turned to in order to make sense of their / our movement. Looking particularly at Welsh uses of European linguistic minorities and American ethnic groups; two very different models with different political / cultural implications. 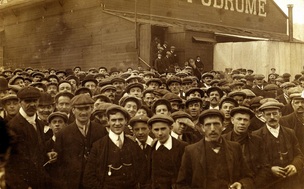 'The Place of Welsh Nationalism'
Dr. Pyrs Gruffudd. Senior Lecturer. The Swansea University, Swansea
This paper discusses the geographical bases and expressions of Welsh identities and nationalist politics.  It contextualises a particular ruralist notion of identity within a wider European romantic nationalism before focussing on early-twentieth century expressions of place-based identity politics.  The main elements of this are the distinction between a rural, Welsh-speaking north and west, and an urban/industrial English-speaking south and east, with much nationalist politics based around the defence of the former – and symbolic sites in particular - against the forces of Anglicisation.  The paper ends with some thoughts about the evolving nature of debates on Welsh identity in the light of migration patterns in rural Wales and the apparent increasing urbanization of the Welsh language.

‘The Evolution and Construction of a New Nationalism’
Mr. Syd Morgan
Fellow, European Institute of Identities, The Swansea University
A critical examination of the foundational phase in the construction of modern Welsh Nationalism, as represented in the pages of The Welsh Nationalist - the eponymous party’s English-language political monthly - from January 1932 until the outbreak of the Second World War. The paper will explore the key policy issues highlighted and developed in response, notably, to the economic and international crises of the time. 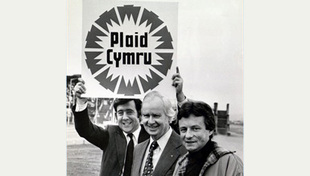 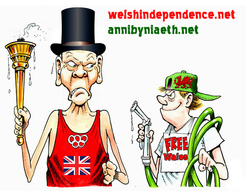